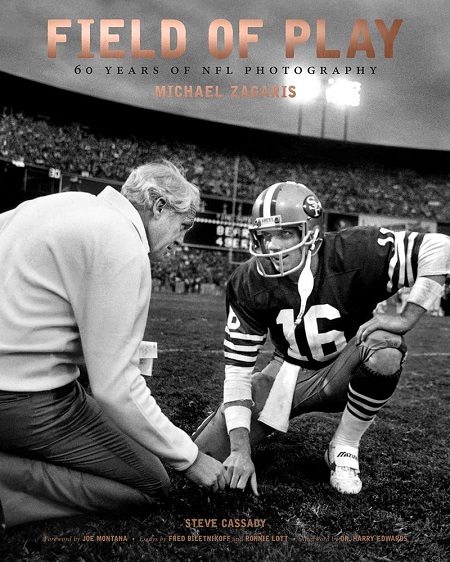 A striking celebration of decades of unparalleled access to the NFL by a critically acclaimed sports photojournalist
For the past 60 years, Michael Zagaris has taken his camera behind the scenes of the NFL, capturing the moments that define America’s game. With unparalleled access—42 Super Bowls, 49 seasons as team photographer for the San Francisco 49ers, and a behind-the-scenes passport to the rest of the NFL—Zagaris takes his aim beyond the field and to the locker room, the bench, the practices, and the training camps. His intimate portraits convey the nerves, the tension, the pain, and the elation with emotional depth and the clarity of a longtime insider. With contributions from celebrated Hall of Famers Joe Montana, Ronnie Lott, and Fred Biletnikoff, as well as text from renowned sportswriter Steve Cassady and sociologist Dr. Harry Edwards, Field of Play highlights Zagaris’s storied career as a photographer, showcasing the irresistible force of football and celebrates its enduring presence.

Available in print or eBook Format from Amazon
Amazon In 1936, 18 African-American athletes went to Berlin for the Olympics as part of the USA team. 14 of them medaled, including three with roots in the California Community College. In 2011 (following the 2010 NFL season) Aaron Rodgers from California by way of Butte Community College led the Green Bay Packers to the NFL championship Lombardi Trophy. In between, spanning three-quarters of century, exceptional athletes have actualized through their Community College experience. Bridging the Gap explores the role of this vital post-secondary educational system through captivating stories of athletes that cross the chasm from the dark nowhere of limited prospects to the luminous somewhere of potential redeemed. Bouncing Outside by Steve Cassady

Bouncing Outside takes place in Northern California’s backwater rivers, lakes, and roads, primarily from the cockpit of a 17-foot kayak. In a picaresque romp, it spins insider reminisces of fascinating and disparate subjects gathered from American life over three decades. Topics include: the killer rock concert at Altamont in 1969, seen through the vision of participants; backstage tours of NFL football through nine super bowls in the 1970s and 1980s; an FBI-agent’s view the Reno bank robbery of 1974, the largest cash heist in US history; a co-pilot’s perspective of the amazing Howard Hughes and aviation innovations, featuring his 1939 epic record-shattering flight around the world.

Available in print and as an E-book from Amazon
Amazon: Kindle Edition California has a long history of criminal cases that captured the collective imagination long after the judges’ gavels fell. Some sent potential innocents to the gas chamber. In others, public opinion suggested a killer got away with murder. Some crimes were so insane and grotesque they worked their way into popular culture.

In Murder by Crows: Hot Crime in California, author Steve Cassady takes an in-depth look at California’s most notorious criminal cases. Did 1950’s B-girl Barbara Graham deserve to die for the murder of a Burbank matron? How, despite not having a single piece of direct evidence, did the prosecution succeed in sending shy Burton W. Abbot to San Quentin for the murder of a young girl?

A bridge across the Golden Gate? Prevalent opinion prior to groundbreaking in January, 1933: “Can’t be done”. Four years later, this international landmark for the ages not only was completed; it was constructed on time and under budget, opening in May, 1937. Spanning the Gate recounts the thrilling sequence of bridging the violent narrows between Fort Point and the Marin headlands. The energetic text is enhanced with original construction photos as well as interviews with original bridge workers recounting a magnificent achievement in their own words.

Available from Bookstores and from Amazon in print version only
Amazon: Printed book 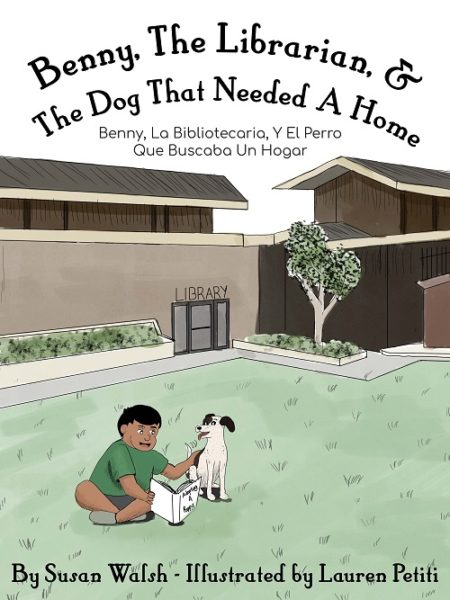 by Susan Walsh
Benny moves to a new town. He goes to the library to see if he can find friends. On the way, he sees a stray dog. The librarian helps Benny find information on how to become a good dog owner. Benny finds friends, too.
Available in print or eBook Format
At Amazon 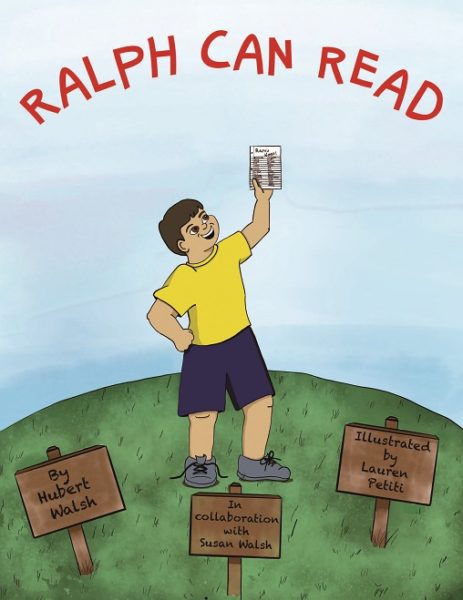 Ralph leaves school for summer break believing he cannot read. He goes to his grandparents’ home for a visit. They help him recognize how many words he already knows. They read to him and include him in activities that require reading and writing. Ralph realizes that he can read!

Available in print or eBook Format
Available at Amazon Colin can’t sleep. He misses his Nana. He finds a solution. He learns about letter writing.

Available in print or eBook Format
At Amazon I Read A Book (Solving Problems Through Literacy)

Available in print or eBook Format from Amazon
At Amazon